The nonprofit sector is a key driver of the U.S economy, despite often being overlooked by policymakers in favor of other industries and sectors. There are many ways nonprofits can generate revenue to support their operations while maintaining social-purpose missions — one popular method includes generating profits from business partnerships or corporate sponsorships.

The “how do founders of nonprofits make money” is a question that has been asked before. In order to answer this question, it is important to understand how nonprofit corporations are run. 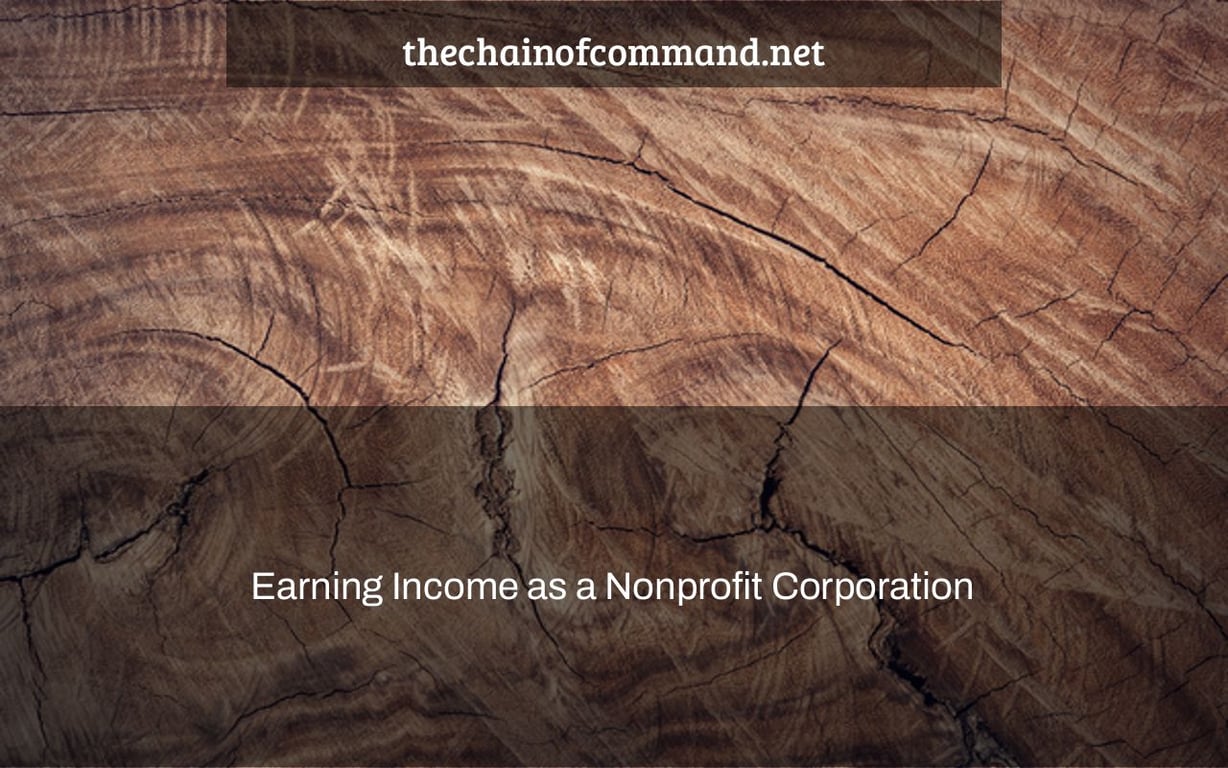 Nonprofit companies are defined as organizations that exist to serve one of the federally authorized purposes: charitable, educational, scientific, or literary. However, under state and federal tax rules, a nonprofit organization may take in more money than it spends to perform its operations as long as it is established and run for a recognized nonprofit purpose and has obtained the necessary tax exemptions. In other words, it has the potential to be profitable. The taxability of a nonprofit’s revenue is determined by whether the activities are relevant to the organization’s mission.

Profiting from “related” activity Nonprofits that are tax-exempt often earn money from their operations and utilize it to pay costs. In fact, this revenue may be critical to a company’s existence. Any profit generated by a nonprofit isn’t taxed as long as the activities are related to the organization’s mission.

Let’s look at an organization named Friends of the Library, Inc. as an example. It’s a 501(c)(3) charity (which means it’s tax-exempt) that was founded to promote literary appreciation and generate funds for the maintenance and development of the local public library. It generates money by hosting a lecture series with well-known writers and selling donated books every year.

These activities do not endanger the group’s tax-exempt status since they are educational and literary in character, and the profits from them are not taxable. This money may be used for the organization’s own running costs (such as wages for officials and employees) or for the benefit of the local library. It cannot, however, transfer any of the funds to the nonprofit’s executives, directors, or any Friends of the Library associates.

Making money from “unrelated” business endeavors Nonprofits may sometimes generate money in ways that are unrelated to their mission. Nonprofits may generally generate unrelated business revenue without compromising their nonprofit status, but they must pay corporate income taxes on it, according to both state and federal corporation tax laws. (In most cases, the first $1,000 of unrelated income is tax-free, but the rest is.)

For an example of unrelated revenue, consider the Friends of the Library nonprofit company. Thousands of books are donated to Friends of the Library for an annual book sale, which is one of the organization’s main fund-raising activities. Despite the fact that the auction is always a success, thousands of books are left over one year, and the charity chooses to sell the most valuable ones by advertising in rare and out-of-print book sources. The reaction has been tremendous, and the charity will soon have six workers categorizing books for sale. Friends of the Library soon finds itself purchasing books from other dealers and reselling them to the general public. The IRS will tax these profits as income from unrelated commercial operations, so the nonprofit will have to disclose them.

Tax-exempt activities are those that are not subject to any kind of taxation. The IRS has said that certain activities will not be taxed, even though they are unrelated to the nonprofit’s mission, since the distinction between “related” and “unrelated” activities may be unclear. Here’s a summary of the activities that aren’t subject to taxation:

Can a nonprofit corporation make a profit?

A: Yes, in theory. The corporation would not be able to distribute the profits it makes however because that is illegal.

What is earned income for a nonprofit?

A: Earned income is the money that a nonprofit organization receives from what its members, customers and donors contribute. For example, earned income could be donations received or grants awarded by government agencies like the United States Department of Housing and Urban Development (HUD).

How do nonprofit owners make money?

A: This is a difficult question to answer. There are many different ways that nonprofits can make money, but its not always clear how theyre doing it. For example, some nonprofits might charge for classes or events while others receive funding from the government or private donors.

Down with “friendly,” “personalized” customer service!